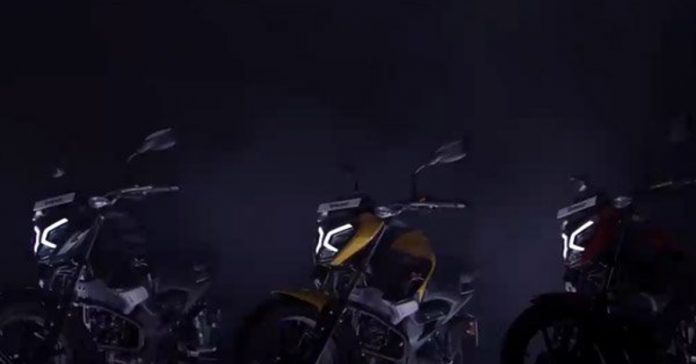 With so many leaks by the company, TVS has finally unveiled its new 125cc motorbike.

The TVS event is going to be held online on 16th September, but the company has given the world a peek at its new 125cc motorcycle ahead of its debut. With 3 names registered by the company recently, we can expect this bike to be a revamped version of Fiero 125. Currently, TVS doesn’t have an offering in the 125cc commuter segment, and the new bike could make for an impactful entry and fill up that space.

The video is a shadowy reveal of its new upcoming bike. The motorbike has a beautiful daytime running LED, which looks modern. The company showed the bike in 4 colour schemes: red, yellow, black and blue with stripes of black, giving them a contrasting colour scheme. On the tank extension is the 3D TVS logo just like the company’s flagship RR310 has. For pillion, the bike has a split seat with a full grab handle to hold on to. The front LED light panel is divided into three parts and the LED tail resembles and looks a lot like Apache RR310.

The video also confirms a fully digital, coloured instrument cluster. It will show a host of information to the rider, including a gear position indicator, shift lights and a side-stand indicator. We can also expect it to be Bluetooth enabled as the company is bringing this feature to most of its two-wheelers. 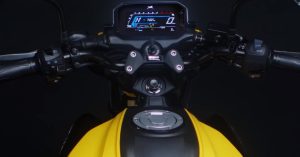 Read Also: MAHINDRA IS GIVING MASSIVE DISCOUNTS ON ITS CARS

There is very little known about the engine yet, but we can expect it to be a single-cylinder, fuel-injected 125cc engine that will produce power between 12-14 bhp. Paired to the engine will be a 5-speed transmission. More details will soon be revealed by TVS in India.

Usually, the company offers all the safety features on all its two-wheelers and can be expected with this one as well. TVS could choose to equip it with either single-channel ABS or a combined braking system according to the power it generates.

We can expect this new bike to retail between Rs 80,000-Rs 90,000 ex-showroom. It will lock horns directly with Honda’s CB shine and SP 125 as well as Hero Glamour, Super Splendour and Bajaj’s Pulsar 125cc series. The rest of the details of this upcoming bike by TVS will be revealed at 16th September’s launch event.

Vipul Chandwanihttps://www.motorbridge.com/
Previous article
Mahindra is giving massive discounts on its cars
Next article
MG Astor to be the first car in India with onboard AI