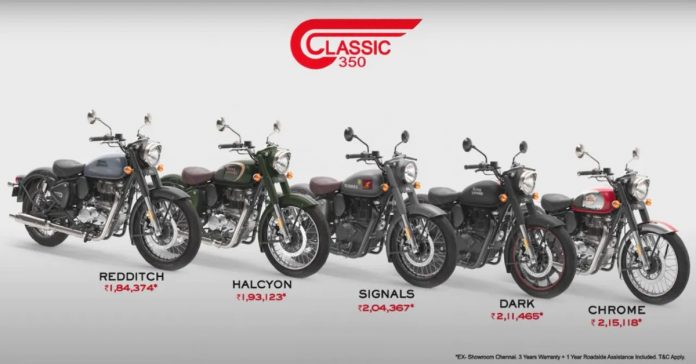 Royal Enfield is one of the most beloved bike manufacturers in India. The classic 350 is the most sold product of the company. Finally after so many leaks and spotting the company finally released the bike with tons of new things to offer. The bike will give direct competition to Honda Highness and JAVA bike line up. Here is the list of the updates that Royal Enfield had to offer to its Indian customers.

The bike will be powered with the same BS-IV compliant engine used in the company’s own meteor which was launched last year. The bike will have the same 349cc single-cylinder four-stroke engine with a 5-speed gearbox. Talking about the engine it is capable of output 20.2 bhp of power at 6,100 rpm with a peak torque of 27 Nm at 4,00 rpm. The cooling system off the bike still remains the same good old air-cooled. The company used a new double downtube unit for the chassis to reduce the ride vibration and increase stability.

The New Royal Enfield Classic 350 2021 has been launched with 5 models with a sticker price starting from Rs 1,84,374 ex-showroom for the Redditch Series with a single-channel ABS variant. The Halcyon Series starts at Rs 1.93 lakh ex-showroom. The Signal Series is priced at Rs 2.04 lakh ex-showroom whereas the Dark Series will be selling at Rs 2.11 lakh ex-showroom. The Chrome model is the top of the line variant with an exotic finish and an ex-showroom price of ₹2.15 lakh. There are a total of 11 colours on the offering according to the model you choose. 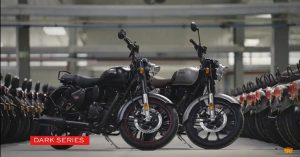 Read Also: BEGINNERS GUIDE TO CLEANING YOUR CAR BY YOURSELF

The new 2021 version of Classic 350 will get a smart digital cluster. Royal Enfield has finally included a fuel meter which the customers were eagerly waiting for. The same digital cluster will also show the odometer and trip meter. As its sibling Meteor 350, the classic will finally get support for Turn by turn Tripper Navigation. Although it is only available in the top chrome variant and will be optional for others. The dark series will also have alloy wheels on offer which looks beautiful.

With the release of so many variants, it’s interesting that Royal Enfield wants to dominate the already owned cruiser segment in India. The changes were very much needed to give competition to its rivals who were continuously updating their bikes. With so many options to choose from, there will be choices for each bike enthusiast according to their taste.

Vipul Chandwanihttps://www.motorbridge.com/
Previous article
Beginners guide to cleaning your car by yourself
Next article
Aprilia RS 660 arrives at dealerships ahead of its launch