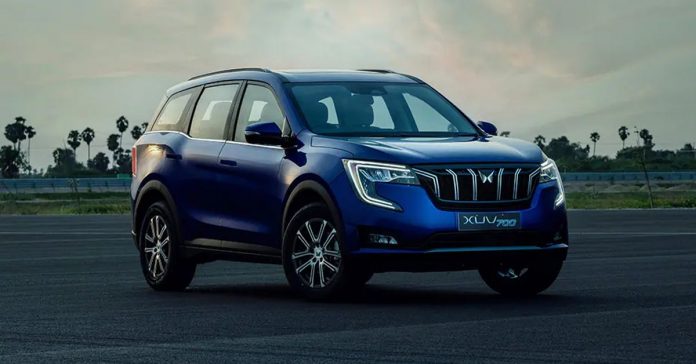 Recent reports state that Mahindra is planning for an Electric version of XUV700.

Mahindra has recently released its new SUV in the segment called the XUV700 and at the launch event, it was announced that the company will release nine of its new SUVs by the year 2026. After the Auto Expo 2020, we came to know that Mahindra is also working on its EV segment as well. The car manufacturer will be launching its upcoming monocoque design SUVs alongside two dedicated e-SUVs based on the Born EV platform. With the recent news, we can tell that there will also be an electric version of the company’s new XUV700.

The current XUV700 was revealed earlier last month with two engine options available to customers. One is a 2.2-litre mHawk diesel engine, with a power output of up to 200 hp and the other 185hp, 2.2-litre diesel engine. The electric version is still under the wraps by the company. Seeing recent reports, it is claimed that the company has built a prototype of the Electric version XUV700 already.

The new electric SUV prototype is powered by a 54kWH battery pack and has the same features as the current fuel mills. However, as for now the prototype EV is not roadworthy and won’t go under production anytime soon. We can expect Mahindra to release the EV powertrain option with the next generation of XUV700, which is to be released in the future, around 2029-30. Even if the release of this current car is too ahead in time there are many electric options that will be available by the company as soon as 2022. 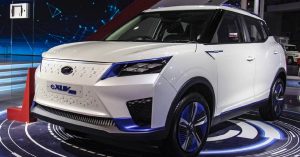 It will be better this way as Mahindra will get a decent amount of time for R&D for its current flagship SUV in the market. Even with the electrification push for the current generation, many companies are facing a semiconductor chip shortage, which is a huge problem for carmakers planning to push their EVs.

With the increase in electronic parts in an electric vehicle, it uses much more semiconductors than a traditional internal combustion engine. Combating this issue, Mahindra has announced to cut the production, though the company ensured that the production of XUV700 will remain unaffected. Industry experts have hinted that the shortage of semiconductors could last in 2022 as well, making it extremely problematic for following the electrification trends followed by the automobile industry.

Even if the XUV700 is far from its release it’s good to see that M&M is working hard to make way for new EVs in the coming decade. There are many electric vehicles like the XUV300 electric showcased at last year’s Auto Expo by the company and it will be exciting to see what is next in store for the consumers.